WHAT A FUR CUP

THE POLITICAL CARTOONS AND COMICS OF MARTIN ROWSON

In association with The Lakes International Comic Arts Festival 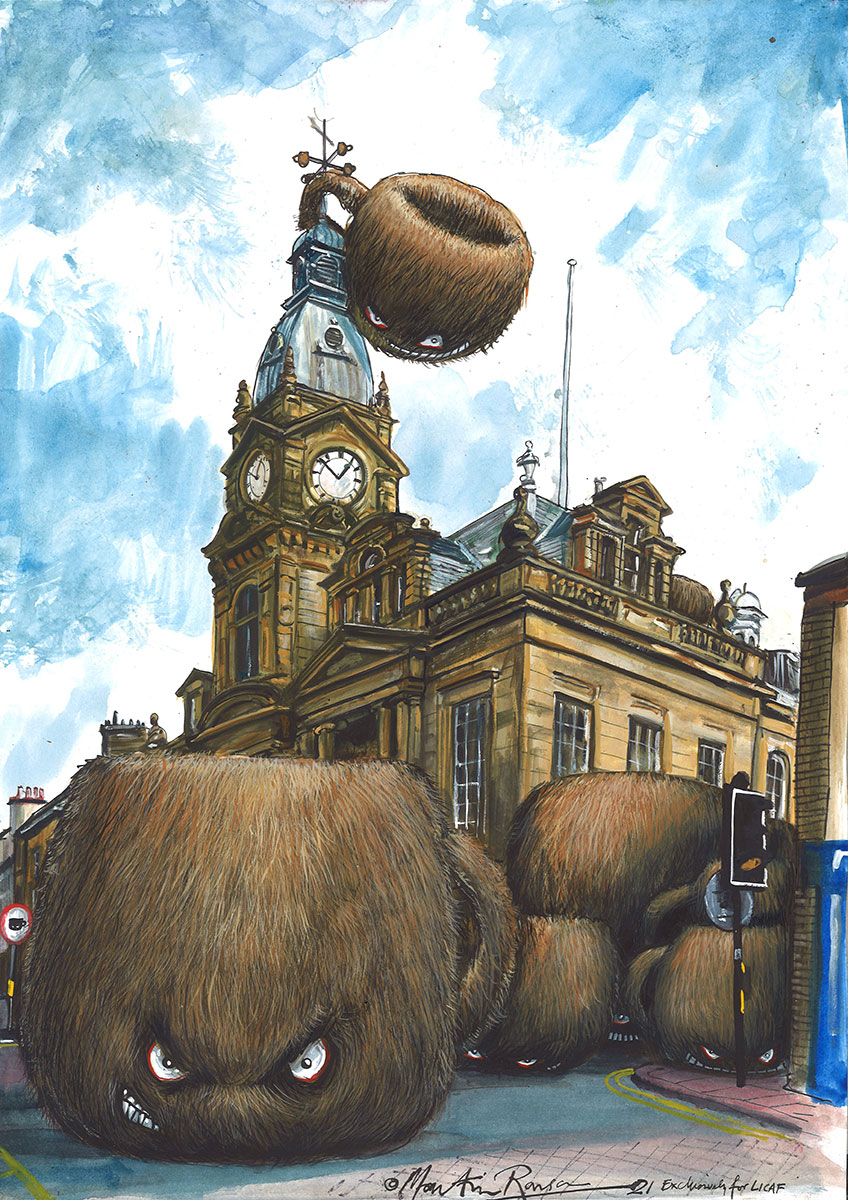 Cross Lane Projects is delighted to announce a new exhibition by Martin Rowson in association with The Lakes International Comic Arts Festival.

Martin Rowson is a multi-award winning cartoonist, illustrator, writer, graphic novelist, broadcaster, ranter and poet. ‘What a Fur Cup’ will feature some of Rowson’s most powerful political cartoons, caricatures and comics and present an entertaining journey through the past forty years of politics and celebrity.

For nearly 40 years Rowson has been the scourge of the political establishment, focusing his unflinching eye and scurrilous wit on those in power. His cartoons for the Guardian, Daily Mirror, Independent, New Statesman and many more, draw from an encyclopaedic knowledge of western culture and combine with a breath-taking talent for image making.

His comics, including The Life and Opinions of Tristram Shandy, Gentleman and The Communist Manifesto, take apparently challenging texts and make them accessible and enlightening for a whole new generation of readers.

Photography by Rebecca Larkin. All works copyright the artist.

We use cookies to ensure that we give you the best experience on our website. If you continue to use this site we will assume that you are happy with it.All the cookiesEssential cookies onlyPrivacy policy