When Our Eye Becomes Single

Rebecca Scott, Director at Cross Lane Projects sat down with artists Richard Ducker and Ian Thompson to discuss the origins and process behind their upcoming immersive multi-screen installation ‘The Accurate Perception Available When Our Eye Becomes Single’.

Rebecca Scott: We are thrilled to be exhibiting ‘The Accurate Perception Available When Our Eye Becomes Single’ in Kendal.  The piece is an audio-visual collaboration with no linear narrative; imagery and sound are not synchronised, so each visitor has a unique experience.

Richard Ducker: Yes, the exhibition consists of five film projections and an independent, asynchronous soundtrack, created by Ian. It is an immersive sense of being in a particular landscape, where the viewer can move between the different projections in their own time. The relationship between the different screens and the sound is constantly changing and never exactly repeated. As such, there is no narrative, rather a sense of being there.

RS: The video evokes the emotional specifics of place, focusing on the location of Orford Ness on the Suffolk coast, an eight-kilometre shingle spit, used for secret military testing during both World Wars and continued until after the Cold War in the 1980s. Orford Ness was shrouded in secrecy for much of the 20th century, what first drew you to go and explore the area?

Ian Thompson: I first visited Orford Ness in 2011 on a guided tour of the abandoned concrete laboratories, which dominate the exposed desolate landscape. These were built by the Atomic Weapons Research Establishment to test detonators for nuclear bombs during the Cold War. I became fascinated by the location; not only with its eerie secret military past (there are locals who still can’t talk about the work they did there in the 1970s), but the way in which natural forces have reclaimed the site since the military left. In the past decade, many structures have deteriorated to the extent it’s no longer safe to enter them; meanwhile while the sea, shingle, wind, and wildlife carry on as they have for millennia, pre and post human.

RD: The project began to form in my mind when I read ‘The Rings of Saturn’ by W. G. Sebald. Its first-person narrative arc is an account of the author’s walking tour of Suffolk. After further research on the conspiracy theories also attached to the site: In December 1980, nearby in The Rendlesham Forest, there was a series of reported sightings of unexplained lights in the area, which became linked with claims of UFO landings. The site is also known as Britain’s Roswell. It became irresistible to me.

RS: The piece is very much a collaboration between you both. Richard, your imagery is filmed very slowly in black and white, as if watching a still image in motion, accompanied by Ian’s soundtrack of prevailing features in the Orford Ness soundscape: sea, stones, structures. Is this the first time you both have collaborated together?

IT: This is the first time we’ve collaborated to create work from scratch. Previously, I’ve edited and mixed sound on some of Richard’s videos, so already have a sense of his aesthetic approach. Richard mentioned he was keen to create a video work featuring Orford Ness in the spirit Sebald’s ‘The Rings of Saturn’. Being familiar with the location, I was eager to create a soundtrack to convey an individualistic experience of visiting the Ness, described by Sebald as a sense of being “amidst the remains of our own civilization after its extinction or some future catastrophe”. This, of course, resonates rather ominously with the crises facing us in the twenty-first century.

RD:  Working together on this project made sense to both of us – it was probably a matter of good timing. For my part, I was looking for a way to disconnect the sound from image, and image from narrative, though I hadn’t really thought through how. From the start I wanted the sound to have its own presence, although it was Ian’s idea for it to be asynchronous of the image. I was already imagining the project as a multi-screen installation, so this made perfect sense. Unlike a single screen film, I wanted to explore the nature of the image and its position in space, rather than just as a window into another world. So in that context, the sound should be seen as, and is presented as, a work in its own right. This also allowed me to understand the film in a much more open-ended way, and to indulge in the idea of time, and it’s passing on screen.

IT: Although Richard and I visited Orford Ness together, we (deliberately) captured sound and image separately, and worked on the visual and sound elements independently (albeit with a few sneak previews). The installation is really the first time both elements will come together and I’m looking forward to sharing the results with a wider audience.

RS: Overall the work explores the elasticity of time and history – it is about the site and its sense of detachment in time and its past echoing into our precarious future. Is this a specific dialogue you want the viewer to see in your installation?

RD: What I would like is for the viewer to be as engrossed in the site as I am, and for that fascination to translate through the film /sound experience. That said, I don’t want to prescribe how the viewer experiences the installation – I want it to be open ended in a way that they find their own level of engagement. With that in mind, it is edited so that there are passages where the viewer may wish to leave that screen and move on to the next, and then return if interested to see the next shot. There will be constantly changing relationships between the different screens, which the viewer can ‘edit’ according to their own attention span.

IT: The main aim is for viewers to synthesise their own personal experiences from the audio-visual information we’re presenting them with. The dialogue between sound and image is constantly shifting, and randomly, but the overall script is written by Orford Ness itself.

RD: How much specific history of the site that the viewer can take away from the films is probably limited, but I would hope they take something of the emotional resonance of the place, and that may then ignite a curiosity to find out more.

RS:  How would you describe your making processes?  Did you use other media to record initial ideas and how much was discovered through the film making?

IT: I started by thinking how the Orford Ness soundscape could be represented, isolating the characteristic rhythms and timbres which defined it. As the work developed, I found more inspiration from what the several hours of field recordings I’d made around the site revealed. Sounds are often so deeply embedded in a soundscape as to pass unnoticed at the location, and it’s only when a recording is played back elsewhere that they reveal themselves.

RD: For this work, I began with a site visit and took a lot of footage on the phone without any specific end in mind. Based on that, certain aspects began to interest me: slow motion pan shots, repeated pan shots, black and white alongside colour, and hand held telescopic shots. So on the second visit I had a long list of specific shots I wanted to take with all that in mind. I also wanted a mythical presence, albeit comic at times, which is where Sarah Sparke’s performance comes in, which we did on my third visit.

RS: Sarah’s appearance is very mythical – she appears incidentally and unexplained. We look forward to her performance in the gallery at the closing of the exhibition.

What made Cross Lane Projects and Kendal so appealing for this exhibition?

RD: A number of reasons: firstly we wanted to take the project out of London; secondly, it needs a venue of reasonable size to accommodate the projections; and lastly, for its first outing it I think it is important to work with people you know and trust. It is also interesting to place a work so based on the particular landscape into a venue that is in a radically different landscape. The sense of strangeness and dislocation is even more enhanced.

IT: As a large flexible space, Cross Lane Projects is very well equipped to present this kind of work. It’s possible to create a dark space in which to project images on several screens and install loudspeakers unobtrusively at different heights for maximum audience impact.

RS: What do you hope our visitors will take away from experiencing the work?

RD: To encounter the sense of mystery of myth and place, whilst also experiencing the state of dislocation in time that Orford Ness evokes. It is a strange, uneasy balance between an eerie alienation and a sublime, bleak, landscape loaded with history. I hope visitors will take away something of that whilst also engaging in the language of film itself.

IT: I hope visitors will take away a feeling of having been physically transported to another place and leave with a sense of how the pervading sounds and images of Orford Ness combine to make it an extraordinary and powerful location. 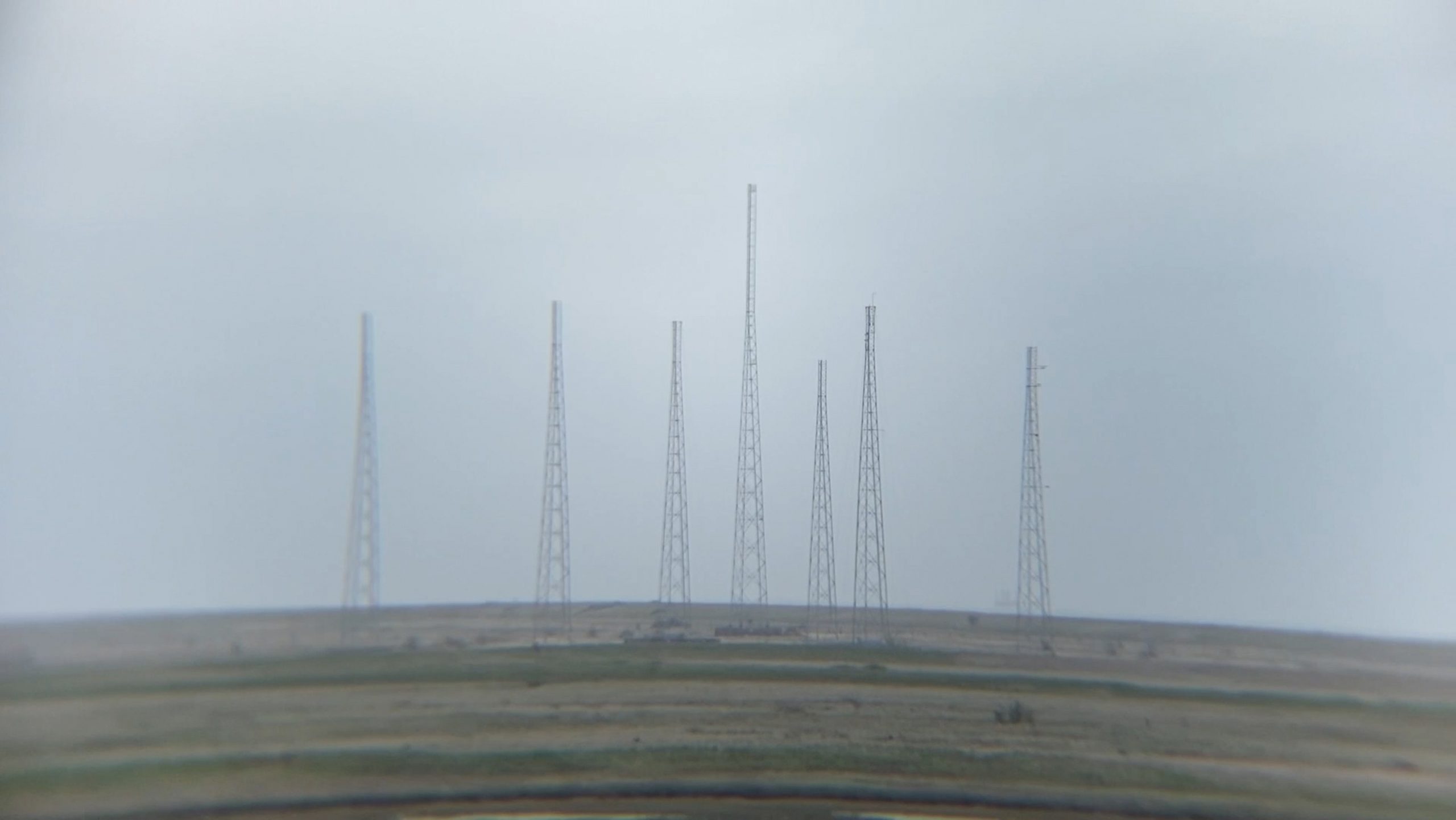 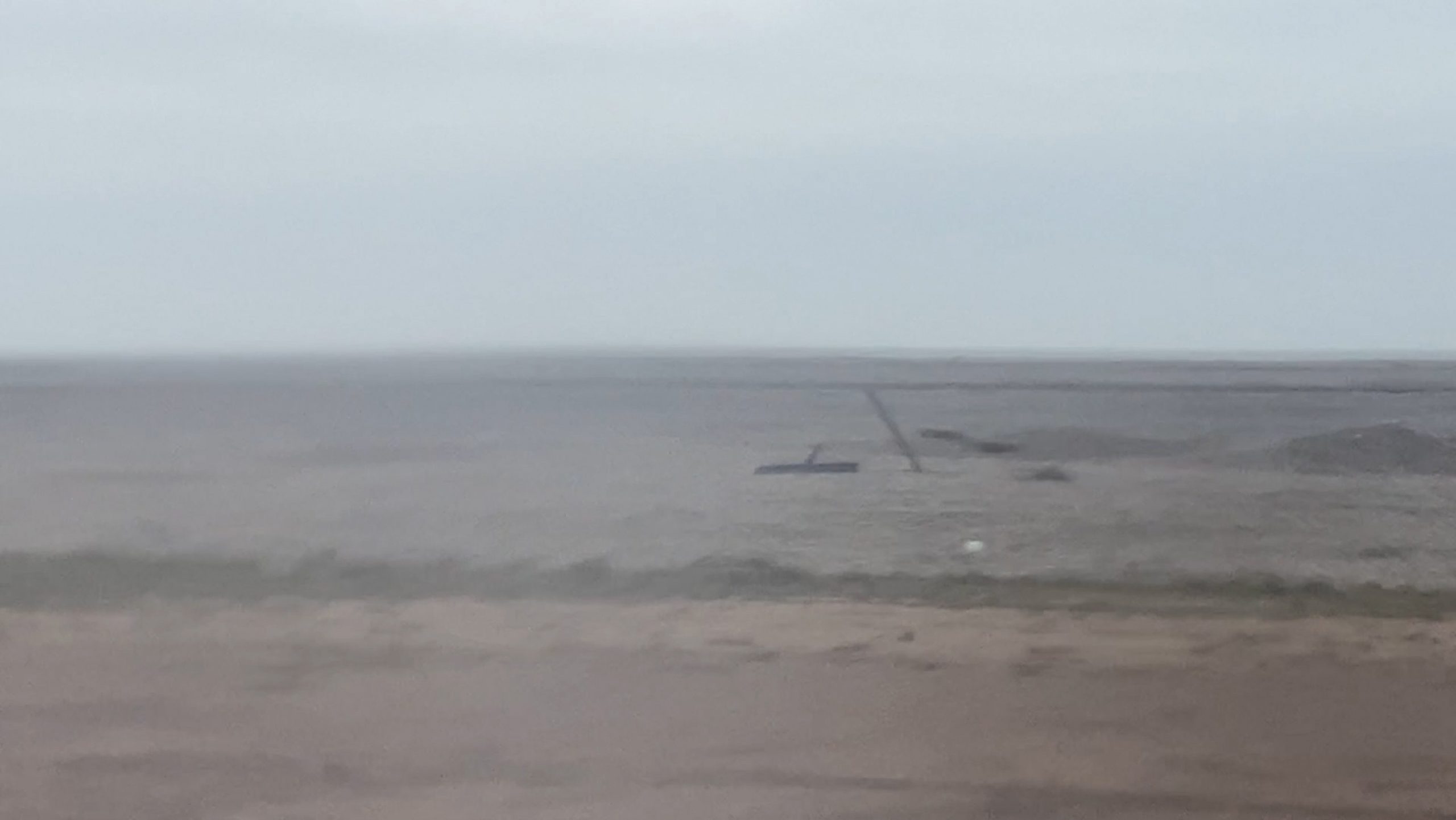 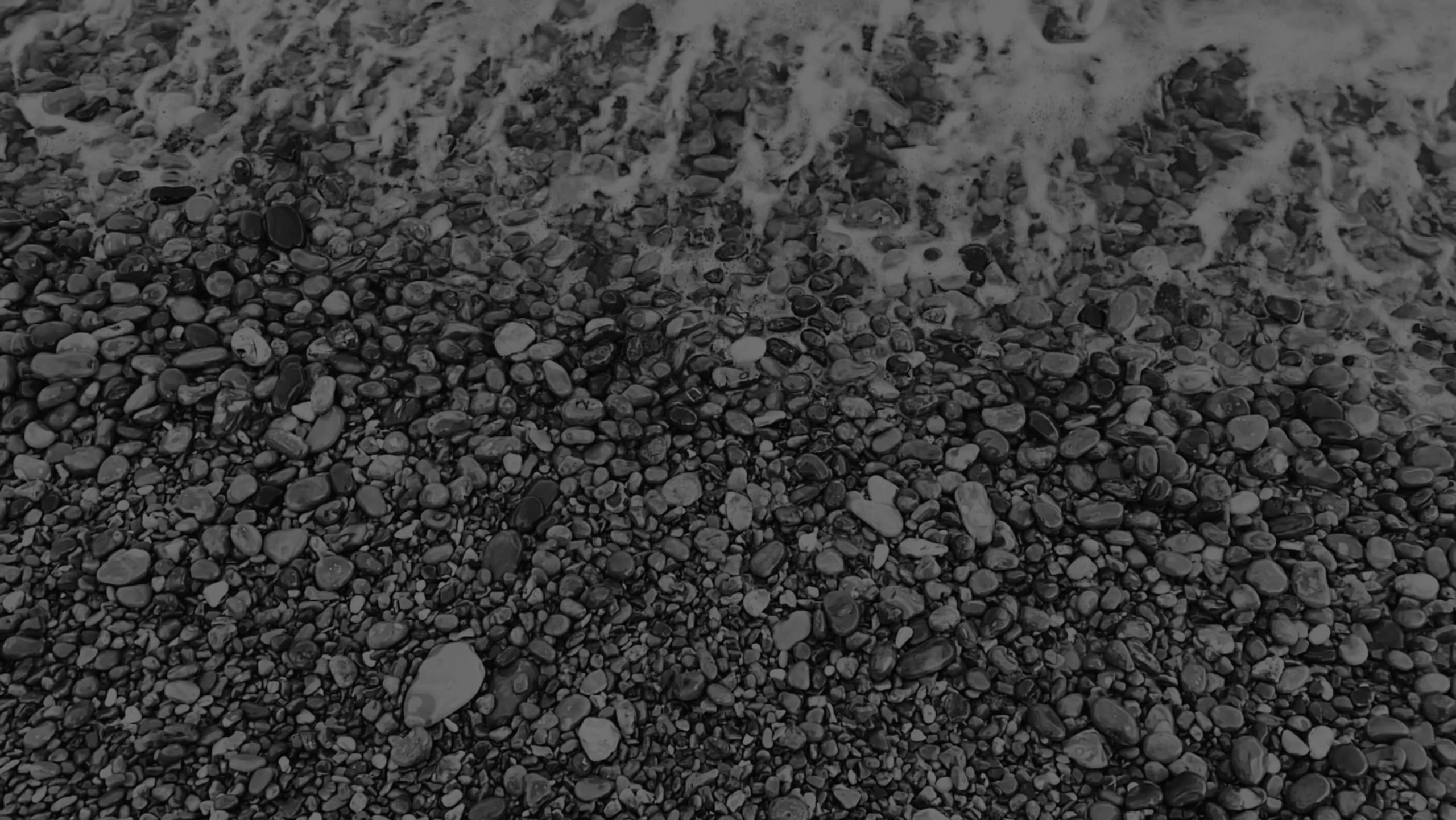 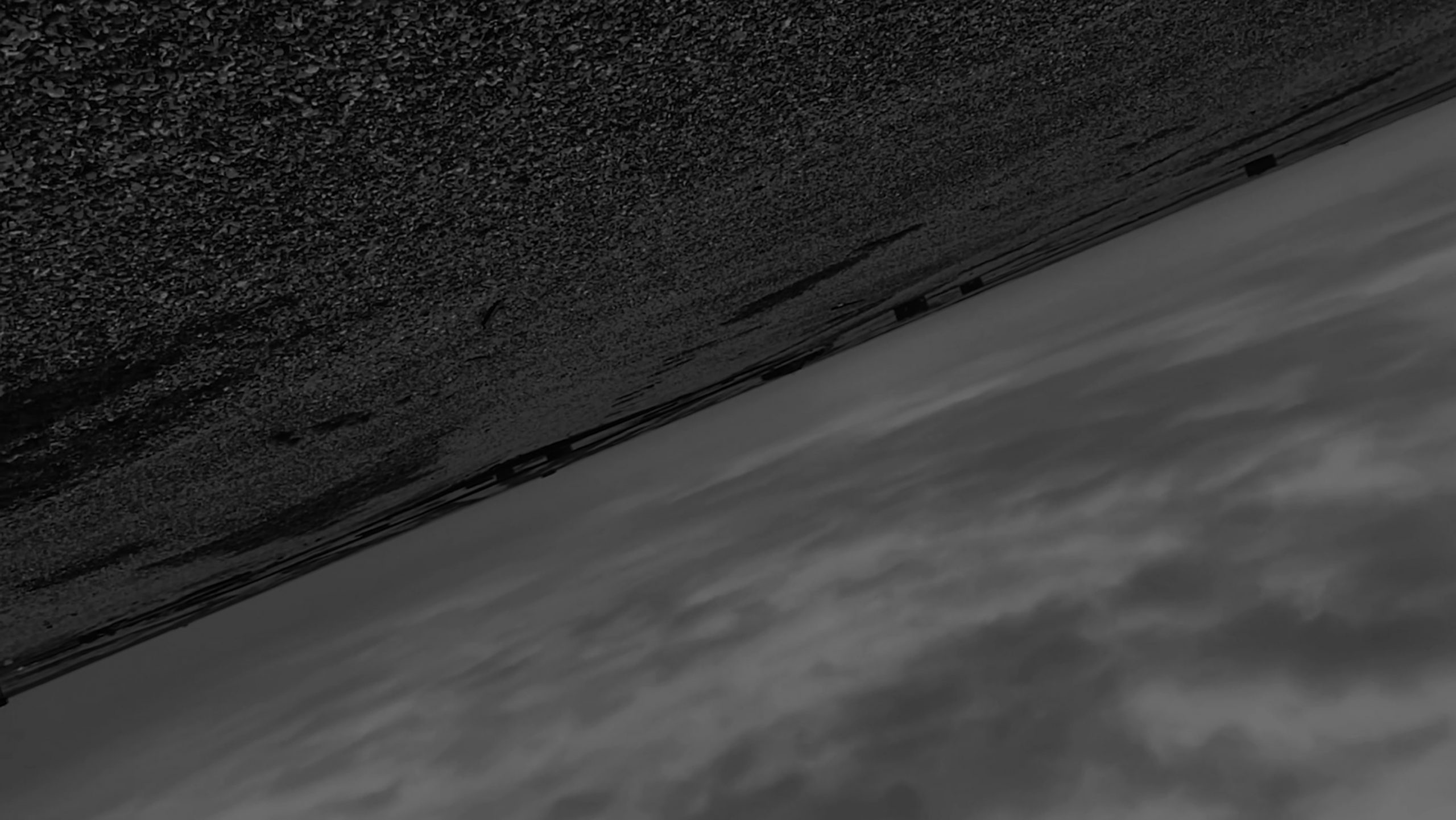 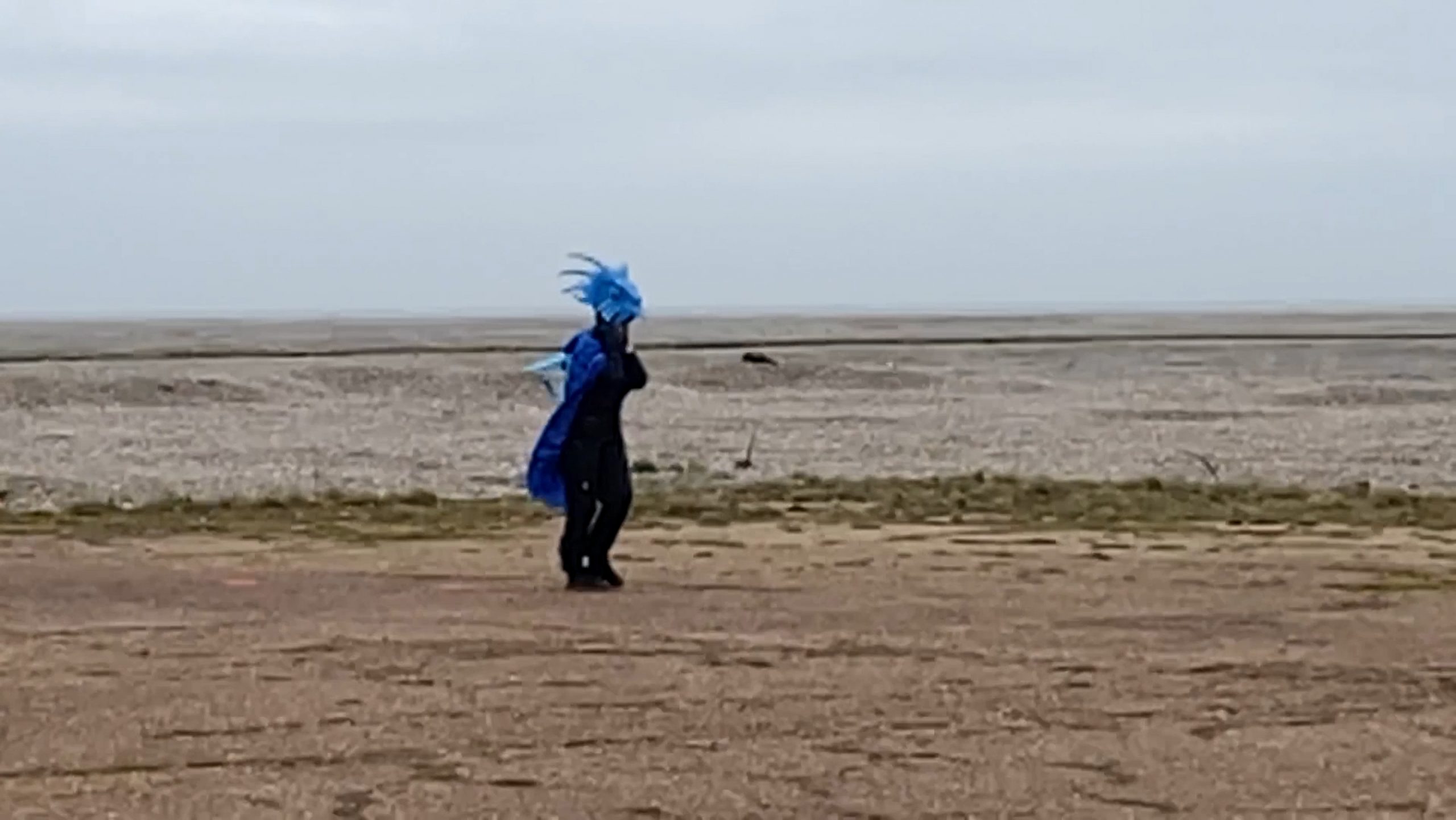 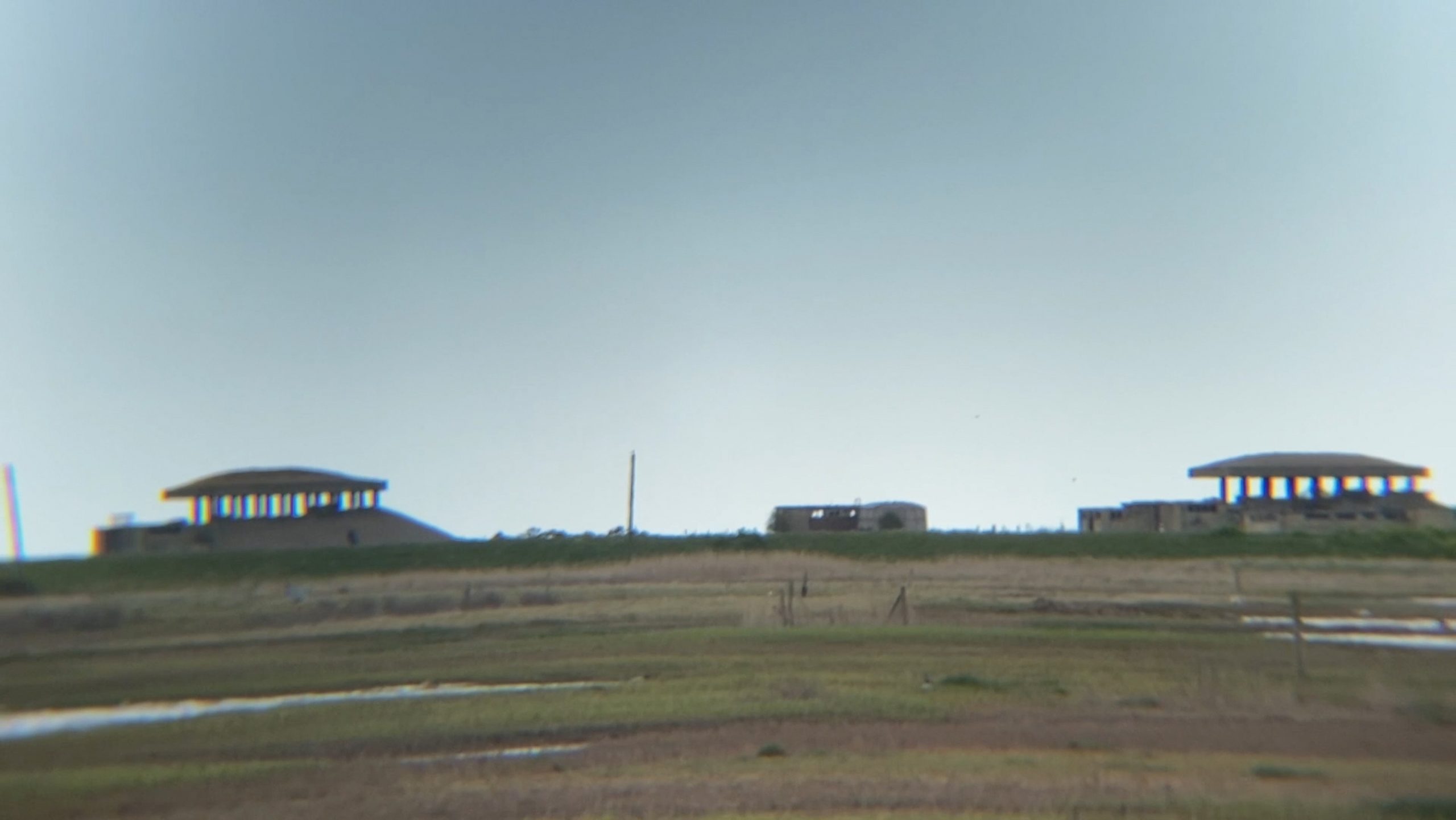 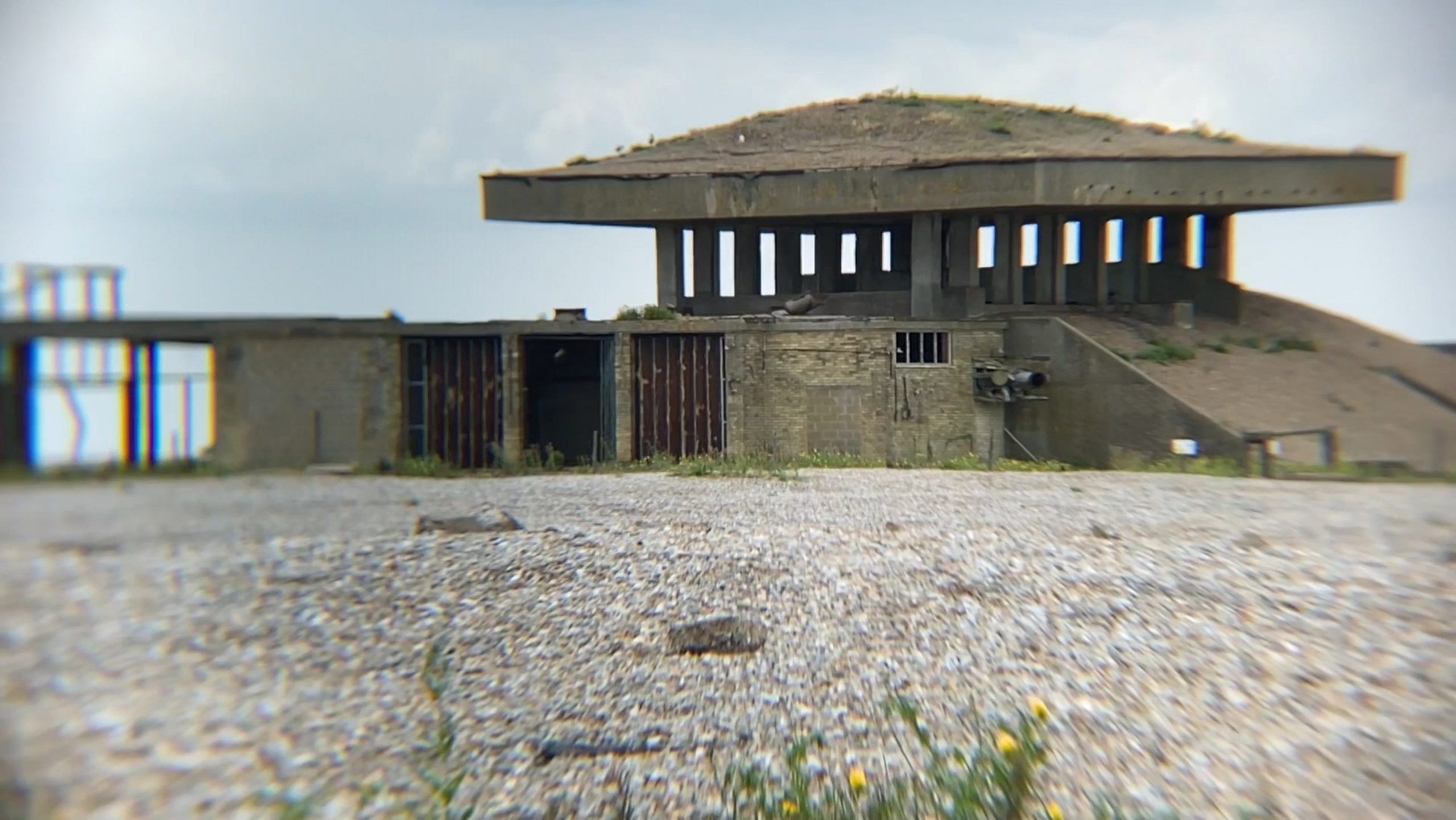 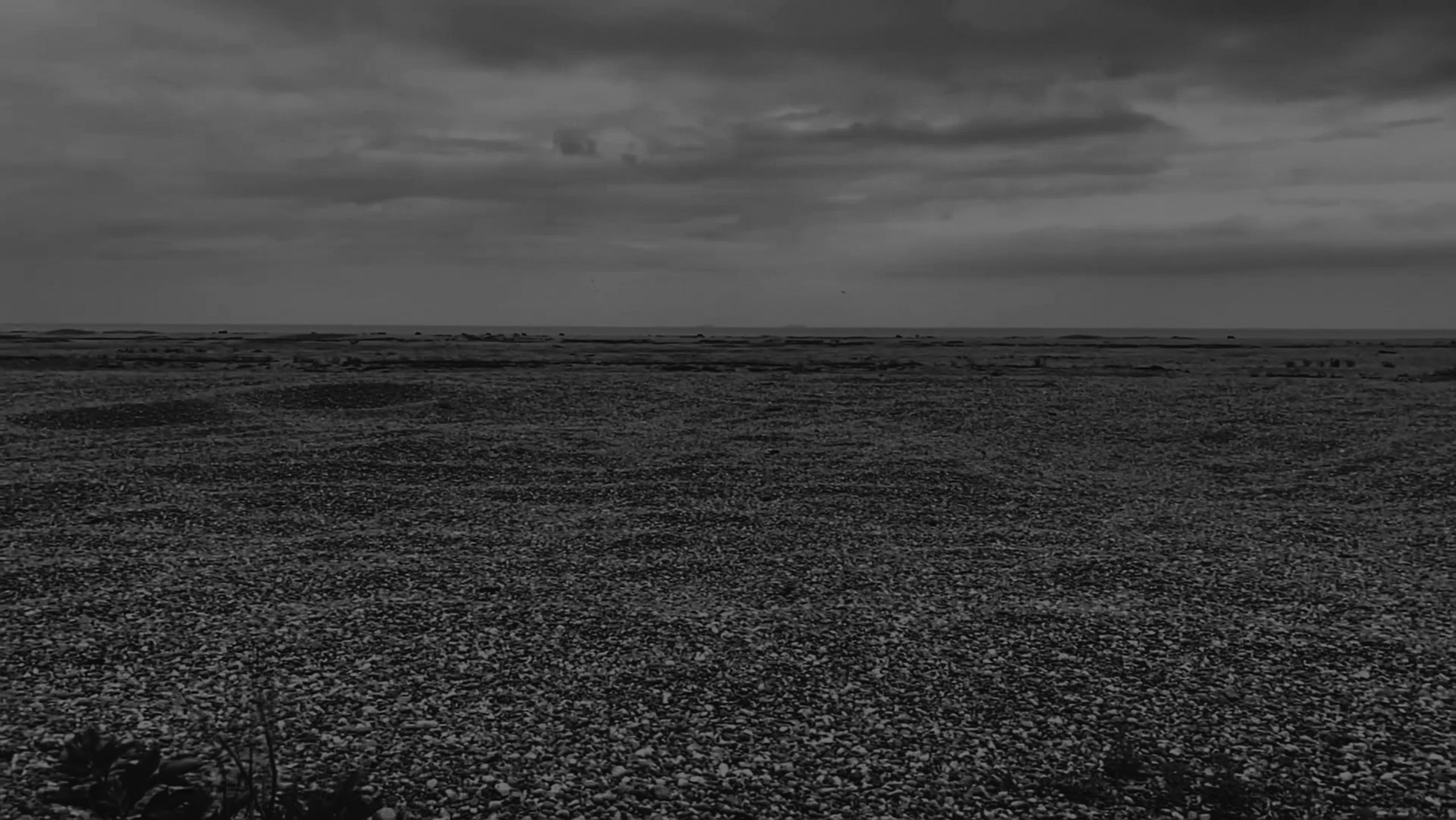 All images from The Accurate Perception Available When Our Eye Becomes Single, by Richard Ducker & Ian Thompson. All works copyright the artists.